The Challenges and Rewards of Working Large

On March 15, 2015 at First Street Gallery, The Clark Hulings Foundation presented The Challenges and Rewards of Working Large, An Art Business Panel Discussion. The panelists discussed what it was like to create large works of art: the difficulties in transporting, insuring and placing them, and the rewards of creating them.

The panel was moderated by Gwendy Feldman and the panelists included Tim Kennedy, Jacob Reynolds, and Lucy Rorech. Click here to watch.

A little about our participants:

2014 Clark Hulings Foundation recipient Tim Kennedy received his BFA from Carnegie Mellon University, an MFA from Brooklyn College and attended the Skowhegan School. Articles on his work have appeared in The Artist’s Magazine, American Artist Magazine, Watercolor Magazine and an interview with him was featured on Larry Groff’s blog Painting Perceptions. His work embraces all of the genres but he has repeatedly returned to themes of domestic interior and landscape. He works primarily from observation and directly from the motif.

Jacob M. Reynolds is the Technical Services Coordinator at UOVO. Over the course of his almost 20 year career as a museum professional Reynolds has been responsible for the implementation of complex exhibition logistics and installation schedules. Previous to his role at UOVO, he was the Registrar at the Asia Society Museum for almost 7 years. He earned a M.A. in Museum Studies with a concentration in Arts Administration in 2005 from Seton Hall University.

Lucy Rorech, the founder of Cure8 Group, is an independent curator with a lifelong passion for the visual and a spirit of inquiry and playfulness that make her well-suited to a life among the arts. Lucy Rorech is devoted to extraordinary things in the contemporary as well as vintage worlds of fashion, design and art. Uncovering talented artists who create pieces that are relevant relatable and stimulating was the motivation to launch The Cure8 Group.

Gwendy Feldman is passionate about art, culture, craft and design. She is the founder of Original-Women.com, a social enterprise dedicated to celebrating the artistry, design and cultural heritage of women from around the world. Her long career has been international and spans the business, finance, non-profit and cultural sectors.

Elizabeth Hulings
Elizabeth Hulings is the Executive Director of the Clark Hulings Foundation, and a principal of the business-strategy consulting firm Counterpoise, where she has worked with startups, nonprofits large and small, multi-national corporations, and sole proprietors--including artists of all stripes. Before launching Counterpoise in 2001, Elizabeth lived through five Fortune-500 mergers at the predecessors of Citigroup, Cendant, and Verizon Communications. She also honed her skills at several nonprofit organizations including the International Development Exchange, The Management Center/Opportunity Knocks, and Human Rights Watch. 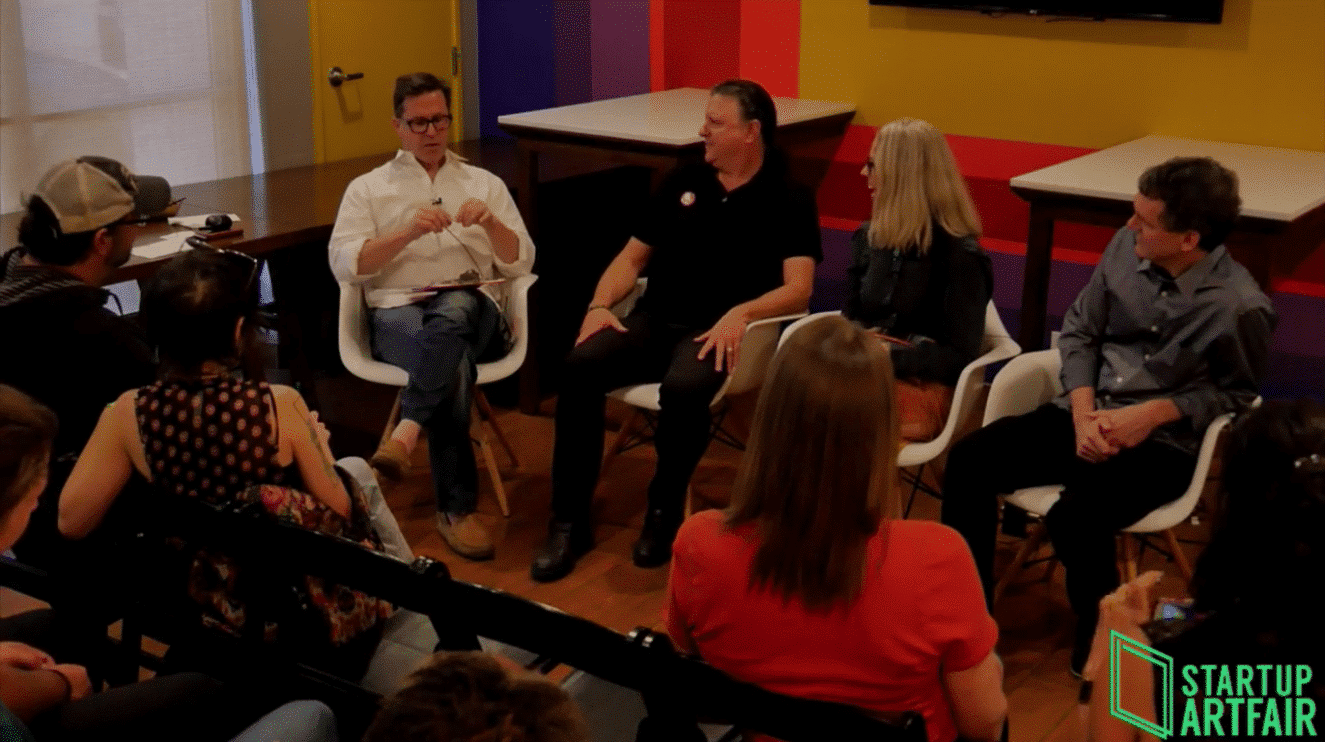 Artist As Entrepreneur: Becoming the CEO of Your Life

The Challenges and Rewards of Working Large