Celebrating the Centennial of modern realist painter Clark Hulings (1922-2011), The Clark Hulings Foundation will throw a 100th Birthday Party in Santa Fe, NM, November 20th, 2022, to launch a year-long commemoration of Hulings’ life and work. Fittingly, the Hulings Centennial will be launched in the artist’s home city from 1972, and staged in Santa Fe’s historic hotel, La Fonda on the Plaza, also commemorating its first century.

Clark Hulings’ paintings, whether visions from Europe, North Africa or the Americas, have immersed us in exquisitely realistic portrayals of life since he first put brush to canvas in the 1950’s. With the skill of an 18th Century master, and 20th Century eloquence, Hulings captures the people’s labors, domestic lives, and street cultures from the mid-20th to early 21st centuries. He reveals them as if to remind us how utterly we depend on the natural rhythms of life’s endeavors and are served by the nobility of our shared human spirit.

In a nod to Clark Hulings’ senses of humor and perspective, birthday celebrants will be welcomed to La Fonda by a gregarious live donkey, Rosita, and offered one of Hulings’ favored Martinis to begin a cocktail hour of mingling with family members, writers, collectors, curators, gallerists, and working artists gathered on the hotel’s La Terraza & Garden Terrace. During cocktail hour, guests can bid on silent auction items, demo the Hulings VR exhibition, and observe five Santa Fe artists, Lee Rommel, McCreary Jordan, Katherine Stedham, Brad Smith, and Ric Dentinger, as they complete paintings to be sold off their easels.

During dinner, those whose lives and work were influenced by Clark Hulings will reminisce via a collection of short videos assembled by maverick film editor Barbara Ottinger and award winning Photographer Carol Halebian. The Director of the Booth Western Art Museum, Seth Hopkins, will virtually cut the ribbon to launch his museum’s Clark Hulings Virtual Reality Exhibition and the evening will draw to a close with expressions of appreciation, a birthday cake, and a champagne toast to the launch of the coming months’ Centennial events.

The Centennial Birthday Party can be attended in person or virtually, to be streamed on date and time to be announced, with an MC hosting live on-line.

The evening benefits The Clark Hulings Foundation, established in 2013 to promote Hulings’ legacy by equipping artists to be self-sustaining entrepreneurs so that they can thrive from their artistry, as he did. The Foundation delivers an ongoing suite of integrated learning services via live events, digital channels, and portable media formats and builds professional networks of opportunity.

The Clark Hulings Foundation (CHF), based in Santa Fe, New Mexico is led by Hulings’ daughter, Elizabeth, the Executive Director. CHF’s board of directors and advisors is drawn from business, fine arts, and education in 20 American cities. clarkhulingsfoundation.org/about/leadership

Additional Details about and reservations for the November 20th Santa Fe Gala are available at clarkhulingsfoundation.org/hulings100

Media Interviews with Clark Hulings’ daughter, Elizabeth; Santa Fe based Board member and former director of the Mizel Museum, Denver, Ellen Premack; and the author of his soon to be published scholarly monograph James D. Balestrieri can be made by contacting: Penelope C. Thomas, Communications and Partnership Director, 917 679 0755 or penelope@clarkhulingsfoundation.org

Live Event
$250 per person or 8-ticket table $2,000—a portion of which is a tax-deductible contribution to the Clark Hulings Foundation

Penelope Thomas
Penelope Thomas is CHF's account manager and producer of The Thriving Artist™ podcast. She has worked with organizations including The Cunningham Dance Foundation, The Theatre Development Fund, Public Energy, Marla Kirban Voiceover, and The Construction Company. Penelope has a background (and sometimes a foreground) as a singer, dancer, and actor, and can be seen the HBO Women in Comedy Festival selected short, Pretty/Dead. 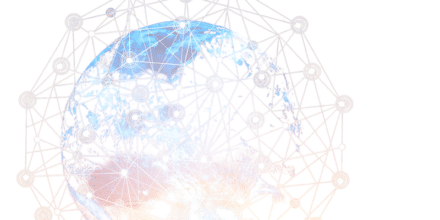 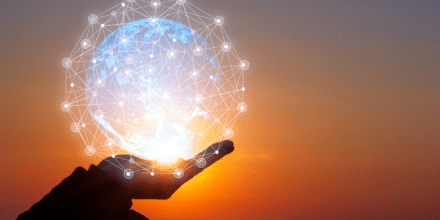